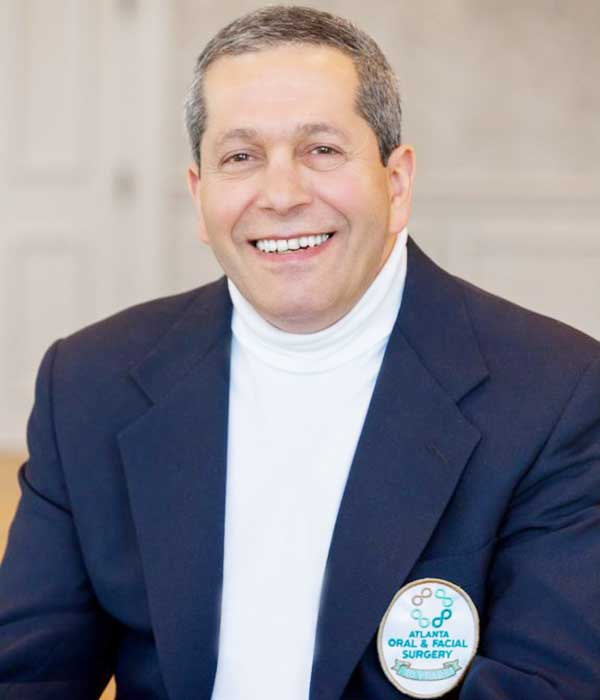 Dr. Tawadros was born in Cairo, Egypt and moved to Indiana with his family at 5 years old. He spent his younger years watching his dad teach as a professor at Indiana University in South Bend, Indiana. After Graduating from John Adams Highschool in 1974, Dr. Tawadros attended Purdue University in West Lafayette, Indiana where he received his BS in Pharmacy. He then attended Indiana University of Dentistry in Indianapolis, Indiana for his degree as a Doctor of Dental Surgery. Once he graduated, he then had an internship in General Dentistry at Wishard Memorial Hospital in Indianapolis, Indiana from 1983-1984. Once he completed that internship, Dr. Tawadros moved to Atlanta, Ga. He then took an internship at Emory University’s School of Dentistry, for Oral and Maxillofacial Surgery. Once he finished the internship in 1985, he moved to Detroit Michigan where he had his Oral and Maxillofacial Surgery Residency at Henry Ford Hospital. This is where Dr. Tawadros met his wife Deb, who was an Internal Medicine Nurse. Once he completed his residency at Henry Ford, he and his wife moved to Philadelphia, Pennsylvania. He attended Haheman University School of Medicine, where he received his medical degree in 1990. Dr. Tawadros and his wife made the decision to move and settle down in Atlanta, Georgia, where he finished his studies with a General Surgery Internship at Georgia Baptist Medical Center in 1991.

In 1991, he opened his private practice in Acworth Georgia, where he is still currently practicing today.
Dr. Tawadros and his wife have two daughters together. Bri and Alyssa both currently help in the daily operations of the practice.

Dr. Tawadros is a Board Certified Oral and Maxillofacial Surgeon since 1994. He also was affiliated with Northside Hospital from 1995-2019.

In his spare time Dr. Tawadros enjoys going to watch the Atlanta Braves and the Atlanta Hawks play. He also enjoys traveling to taste the worlds offerings of wine and scotch.

We had our first visit for my son. They treated him with such amazing care and were so compassionate. He's terrified of dental procedures and they took extra special care of him from the front desk to the surgeon. Thank you!!!

The staff are very friendly and professional. I had a procedure done December 22, 2021 and everything went smoothly and healed nicely. My siblings have now all had procedures done here and we couldn’t be happier to have a reliable and trustworthy oral surgeon local to us.

Everyone was very nice and comforting before I got my wisdom teeth removed! Professional environment with great music in the waiting room too! I would definitely recommend coming here! This is coming from someone who has not had good experiences with dentists in the past!

This office has the very best, most professional and caring staff that a patient could ever ask for! Dr. Tawadros has taken amazing care of me, my daughter, friends & children of my friends for years. All experiences had the best outcome possible. It is such a blessing knowing I can trust them 100!

Dr. Tawadros and his team are fantastic!! They removed my mom's wisdom teeth, my wisdom teeth and today my daughter's wisdom teeth. They are patient, kind, informative and gentle. I would absolutely recommend them to anyone needing oral surgery. Great job!