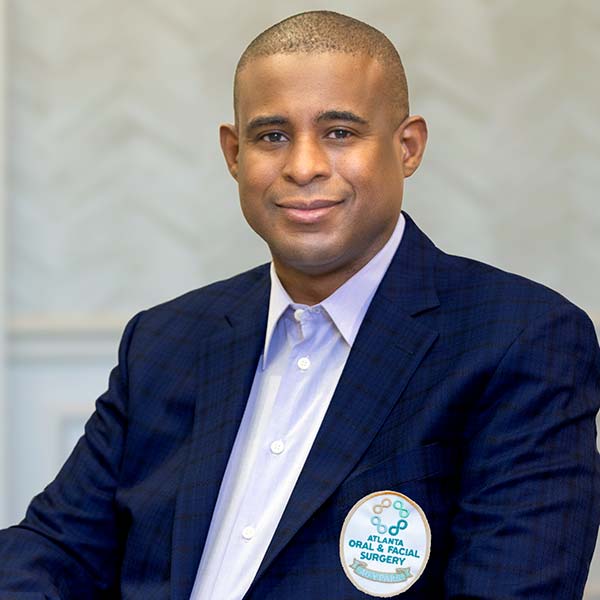 Dr. Stephen A. Bankston grew up in Southern Arkansas. His educational background began at the University of Pennsylvania, where he played outside linebacker on the football team during his undergraduate career. He received both his Bachelor of Arts and Doctorate of Dental Medicine from the University of Pennsylvania. His internship and residency in oral and maxillofacial surgery was completed at the University of North Carolina at Chapel Hill. Following his residency, Dr. Bankston engaged in an intensive craniofacial trauma and reconstructive surgery fellowship at the University of Miami School of Medicine, Division of Oral and Maxillofacial Surgery. Dr. Bankston then accepted an academic position at the Medical College of Ga., and moved to Augusta to be an assistant professor of oral and maxillofacial surgery. After one year he was promoted to associate director of residency training. It was there that Dr. Bankston learned about Atlanta Oral & Facial Surgery. He joined the practice in September 2001.

Dr. Bankston has a special interest in computer-guided implantology and major reconstructive surgery. He has participated in clinical trials and lectured nationally in this cutting-edge field. Dr. Bankston currently serves as Chairman of Oral and Maxillofacial Sugery at Northside Hospital. In addition, he is Chief of Staff for the Ben Massell Clinic. Dr. Bankston is one of the many surgeons in the practice who volunteer their time at the 90-year-old clinic on 14th Street in downtown Atlanta. He believes that he and his fellow doctors enjoy “just giving back to the community.”

Dr. Bankston practices out of the Cumberland office in NW Atlanta.

Just recently I had to have a tooth extracted and an implant. The front office staff was great and professional. The surgical team was outstanding they took their time to explain to me more about the procedure, answer any questions I had and calm my nerves. Dr. Bankston is the best, he treated me like I was his only patient, took time to explain the procedure and does awesome work. I would highly recommend the AOFS team!!!

Doctor Bankston and staff are awesome!!! They have been amazing with my dental implant procedure and made me feel very comfortable as it’s nerve-racking to have an implant in the front tooth especially. Definitely recommend!

Dr. Bankston was very professional, he took the time to understand my specific situation, answered all my questions and put me at ease with the overall procedure. The extraction went without a hitch I was out of there before I knew it , no pain and a tremendous pain free recovery. Thank you to the whole staff for squeezing me in on short notice for this emergency extraction, I will definitely be recommending your facility!

Dr. Bankston did an outstanding job. He dispelled my nervousness about the procedure right away. His staff is courteous, friendly & knowledgeable. I would recommend him anytime.

Dr Bankston,his staff, the front desk, are wonderful! Parking and the office was super clean and easy!