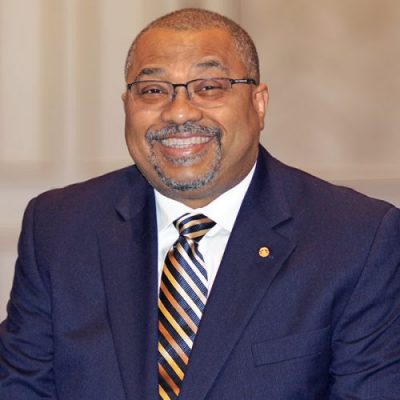 During his tenure as president the organization established a larger membership base and brought serious reforms to the organizational and procedural structure of the SNDA. His next venture started after he accepted a position as a General Practice Resident at the Bronx Lebanon Hospital in New York City. Antwan remained there a second year, as chief resident for the hospital dental service-and an interest in Oral and Maxillofacial Surgery was piqued. Dr. Treadway then left New York City for a residency in Oral and Maxillofacial Surgery at the Martin Luther King/Charles R. Drew University’s Medical Center in Los Angeles, California. Continuing his activity in organizations he was elected President of the Joint Council of Interns and Residents. This organization was responsible for representing over 1500 medical and dental residents for all of Los Angeles County. Dr. Treadway received several civic awards from the County of Los Angeles and special recognition from the Director of Health Services for the county. He was also awarded the Resident of the Year award by his attending staff upon graduation from his training program.

Dr. Treadway practices out of the Douglasville office.

Dr. Treadway and his staff were great! I highly recommend Dr. Treadway if you need oral or facial surgery. I had my 4 wisdom teeth removed 2 weeks ago and my recovery is going well.

This was my first time here and I love this practice! Dr. Treadway is extremely professional, relaxed, and guides you through the entire process. His staff is wonderful and everyone there has a fantastic way of making patients feel comfortable and confident. If I ever need oral surgery again, there is no question where I’ll go for treatment. I had an extraordinarily easy procedure and recovery like never before.

Dr. Treadway and his staff are very professional and made me feel like I mattered. I was treated with respect and I would recommend his office to anyone who may need a tooth or teeth extracted. The extraction I had went very well and I am doing just fine almost a week after my oral surgery. Thank you for everything and I appreciate you all so much!

Oral surgery is no fun, but Dr. Treadway’s office was incredible. They were very straightforward about pricing and working with my insurance. They communicated everything very well. On the day of the extraction, they made me feel very comfortable, even though I was very nervous. Dr. Treadway and his staff were very professional and compassionate throughout the procedure. It was quick, and I went home with everything I needed within half an hour. I’m glad that I was referred to his office.

I am terrified of dentists and dental treatments. Dr. Treadway and the Douglasville AOFS staff made me feel welcome, safe and comfortable. My procedure went well, no setbacks and I was able to reach out afterwards with questions that were promptly addressed with the same gentle urgency given at the practice (five stars aren't enough).